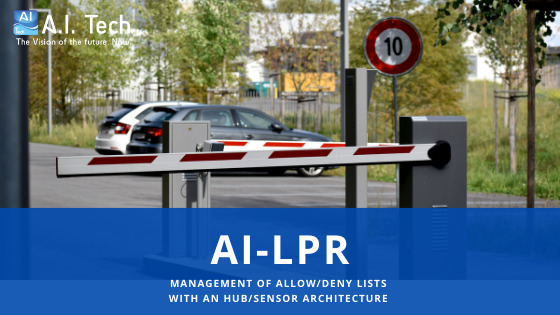 This new mechanism allows the operator, even in medium and large-sized systems, to upload the list of license plate lists on a single camera, whether these are allowed or prohibited (therefore allow-deny), without the need to upload these lists repeatedly over each single camera. With an undeniable advantage for the operator, who will have to configure this list only once, and also who will have to modify it only once in case of subsequent changes.

Therefore, one of the cameras will act as a hub and will contain the list of license plates, while the others will act as sensors and connect to the hub camera for the verification of the plate, in order to proceed with the eventual opening of the barrier, in case for instance of plates in the allow list, rather than with a notification to the operator in the event of a license plate belonging to the deny list.