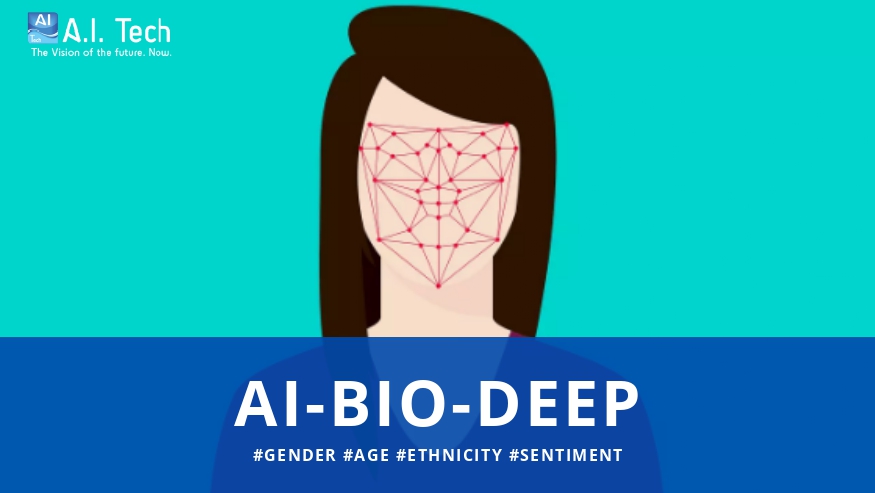 After releasing a new version of the AI-FACEDETECT-DEEP plugin for detecting faces wearing or not a mask, the activity of the A.I.Tech team about plugins for face analysis has not stopped at all. Indeed, starting from January 1st, a new version of the AI-BIO-DEEP plugin will be available.
AI-BIO-DEEP has already become one of the most popular products of A.I. Tech, thanks to the ability to analyze people’s faces, detect their gender and estimate their age for both business intelligence and digital signage applications.

AI-BIO-DEEP in its new version will also allow to recognize the emotion and ethnicity of the persons.

Everything will be possible thanks to a new face detector based on a deep neural network designed and developed by the A.I. Tech team, combined with a deep multitasking classifier able to allow the execution of the various required tasks almost simultaneously: gender, age, ethnicity and sentiment.

To try out the solution, already available in the beta version, contact our team and ask for your demo license.